The FEAP Award for Excellence in European Aquaculture was given posthumously to Richie Flynn at a special event organised in his memory by the Irish Farmers’ Association (IFA) and the FEAP. 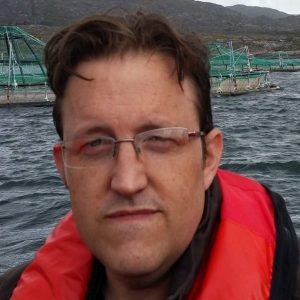 Richie was responsible within the IFA for aquaculture in Ireland since 1996 which led to international work within the FEAP, the European Mollusc Producers Association (EMPA) and the International Salmon Farmers’ Association (ISFA), while also working closely with the Marine Institute and Seafood Development Agency of Ireland.  Later, he chaired the Working Group on Aquaculture of the Advisory Committee on Fisheries and Aquaculture of the European Commission and, from 2016, the Aquaculture Advisory Council.

Introduced by Damian McDonald, IFA Director General, the FEAP President Marco Gilmozzi remembered not only for his outstanding professional contributions that Richie had made to the FEAP for over 20 years but also for his introduction of European aquaculture colleagues to Irish traditions, music and folklore. 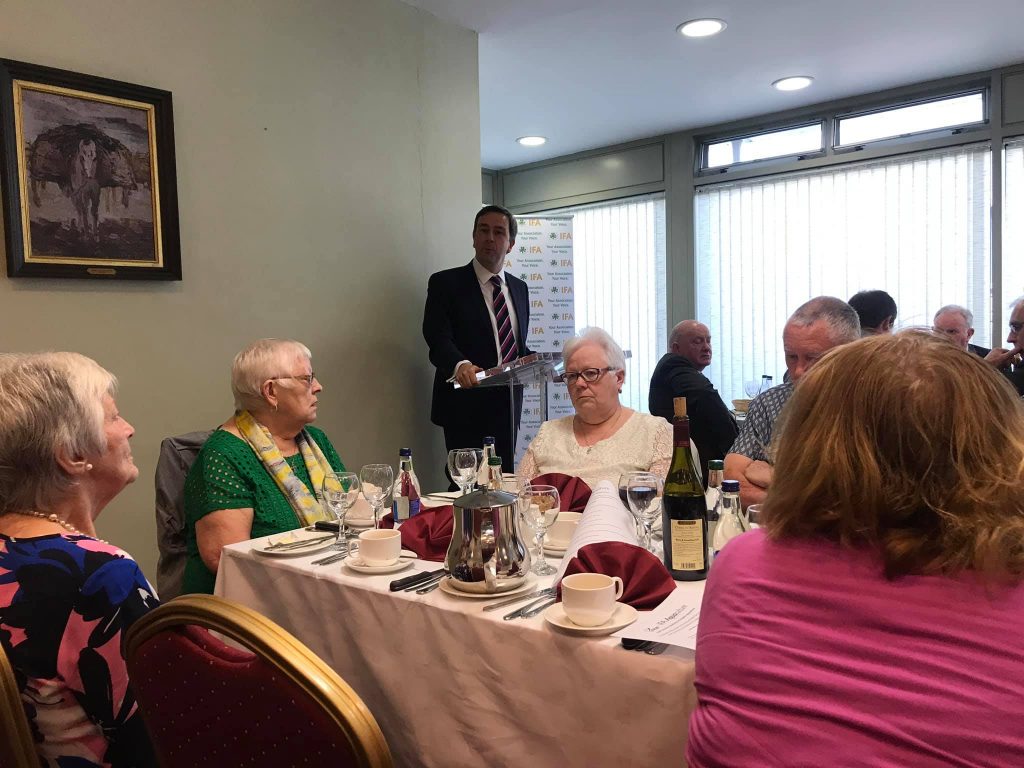 The Chair of IFA Aquaculture, Michael Mulloy, described Richie’s tireless work on behalf of Irish aquaculture, covering both finfish and shellfish farming with boundless energy and accompanied by a strong appreciation of important issues and a sharp wit.

Courtney Hough, who worked closely with Richie in the advisory structures of the European Commission, explained the precision and depth of his work in this aspect, particularly in chairing these instances which combine multiple interest groups. Bruno Guillaumie, General Secretary of EMPA, provided details on Richie’s contributions to the European shellfish sector, noting his mastery of the environmental conditions and accompanying legislation that enable successful production.  Trond Davidsen, President of ISFA, gave additional insights on Richie’s work on the development and management of salmon farming in Europe and internationally.  All agreed that Richie’s work and friendship have been an integral part of their professional and social lives for such a long time and his sudden passing was a shock and regretted by all. 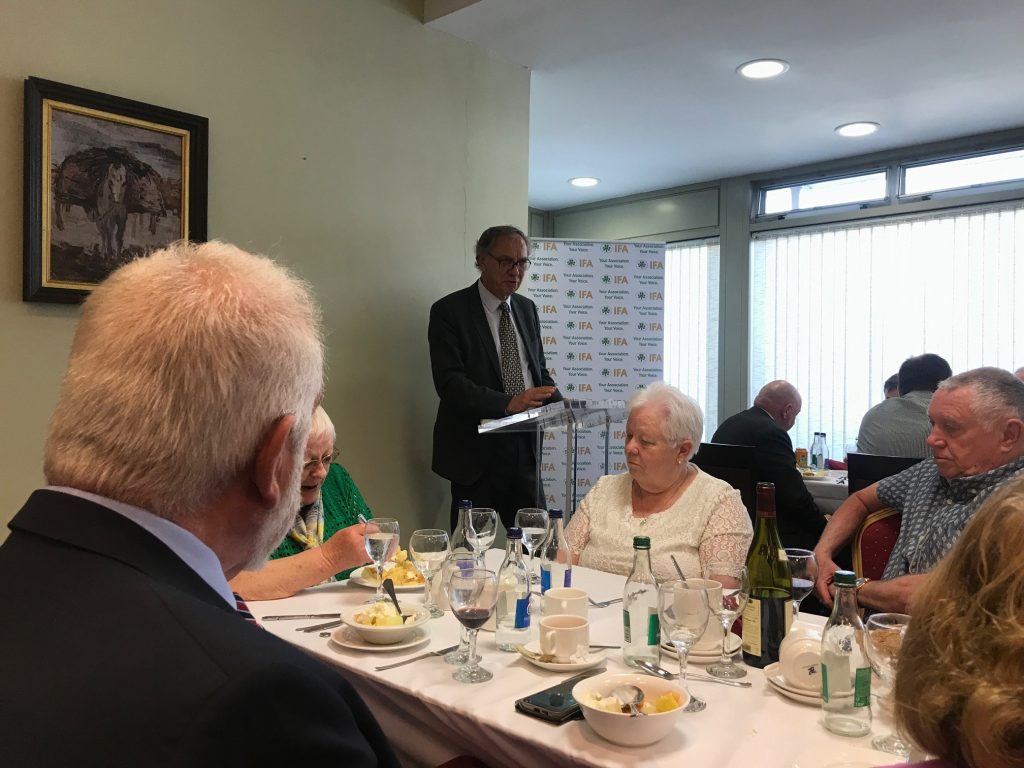 In the presence of Richie’s close family, colleagues from IFA, Irish aquaculture and international organisations, the FEAP Award was presented to Richie’s wife, Trish, who expressed her thanks and gratitude for the recognition of his work and his life.  Richie Flynn may have left the aquaculture scene but his memory will continue for a very long time. 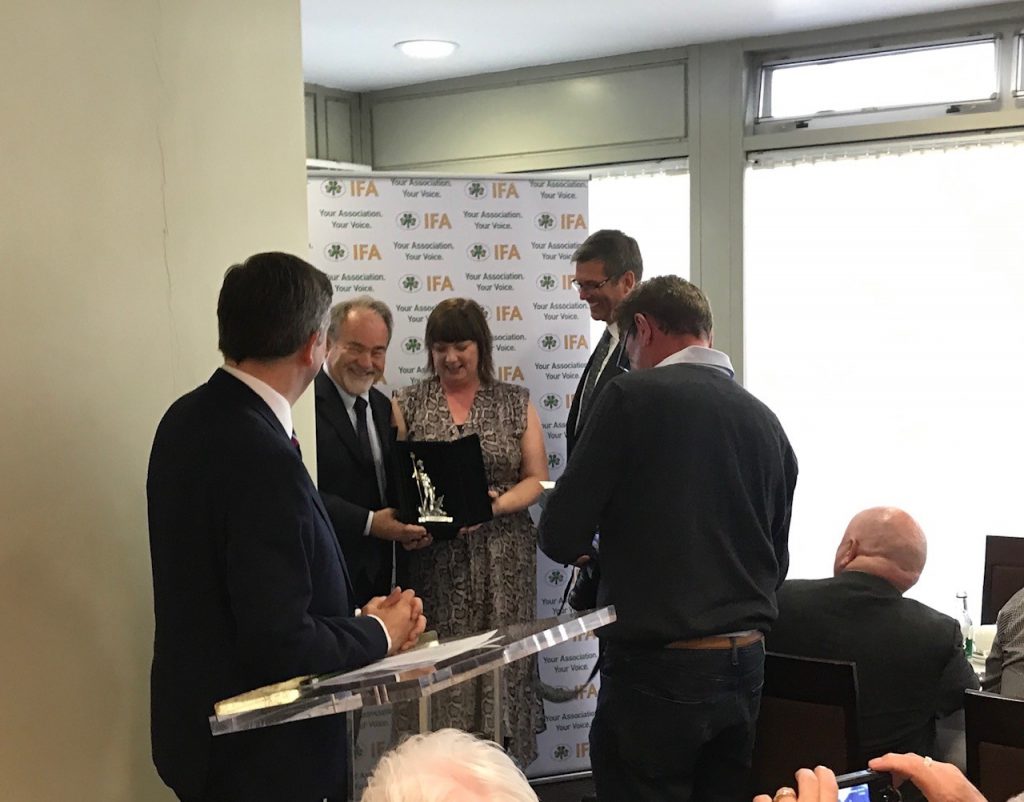 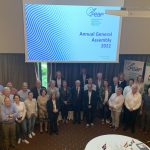 The FEAP held its 2022 Annual General Meeting in Budapest and delivered its Excellence AwardAWARD, PRESS