EUMOFA is pleased to announce the publication of a new report, “The caviar market. Production, trade and consumption in and outside the EU”.

The study aims to provide an updated and comprehensive overview of the European Union’s caviar market, focusing on production, extra-EU and intra-EU trade, and consumption.

The study is available in English.

Historically, sturgeons were caught in the Caspian Sea and their roe sold as caviar, mainly by Russia and Iran. The most well-known and high prized caviars are Beluga from the beluga sturgeon, Osetra from the Danube sturgeon, and Sevruga from the starry sturgeon.

Globally, overfishing of sturgeons has led to the near extinction of several sturgeon species. Since 1998, international trade of all sturgeon species and related products has been regulated under CITES.

Today, nearly all types of sturgeon caviar on the market are obtained from farmed fish. EU Member States produced 164 tonnes of caviar in 2018 (an increase of 12% from 2017). In 2018, the largest producers were Italy, France, Poland and Germany, accounting for 84% of the total production. The global production of caviar in 2018 has been estimated at 380 tonnes.

China is the main supplier of caviar to the EU market by a large margin, delivering between 65% and 84% of extra-EU imports over the past five years (2015-2020). The EU is also an important supplier of caviar globally: in 2019, extra-EU exports reached 68 tonnes. With the COVID-19 pandemic, the export volume decreased by 27% to 49 tonnes in 2020. Compared to intra-EU trade, Member States achieve higher prices when exporting, although prices fluctuate significantly.

According to EUMOFA estimates, in 2018, total EU apparent consumption of caviar was between 121 tonnes and 126 tonnes. Compared to 2016, EU production of caviar increased by 30%. France is the largest consumer market for caviar in the EU, followed by Germany and Spain. Other main caviar consuming countries include the USA, Japan, Russia, and China.

This report is an update of the first EUMOFA report on the caviar market from 2018. Then, the latest production data referred to 2016 and trade data referred to 2018. This updated report contains production data for 2018 and trade data for 2020. Since the release of the previous report, EUMOFA has expanded its international trade database to cover trade flows of fishery and aquaculture products from almost 100 reporting countries. As a result, this report provides more analyses of other regions compared to the previous edition. 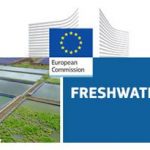 Study on Freshwater aquaculture in the EUEU 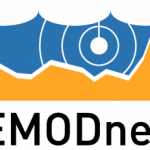 The EMODnet video for Aquaculture is out !EC, ENVIRONMENT, EU