This section gives information for 2020 on fish aquaculture in Europe, provided by the FEAP Member Associations or national authorities as confirmed or provisional data.  Three key production sectors are highlighted, being:

Norway remains the dominant producer in Europe with 58% of the total supply, mainly salmon but also large trout (>1.2 kg) production.  The other countries that produce more than 100,000 tons annually are Turkey, United Kingdom and Greece.  The main species produced are salmon, trout, seabream, seabass and carp which represent 95% of the total European production in 2020.

The following graphics provide an overview of the key production sectors, analysed by country and by species.

The Member Associations of the FEAP provide historical production data for the activities of their national producers on an annual basis.

The FEAP Secretariat groups this information into European and National reports on production for publication in this document.The information and figures used for the preparation of this report have been provided,for the most part,by the Member Associations of the FEAP while additional data has been sourced from National statistical offices and/or other national sources. 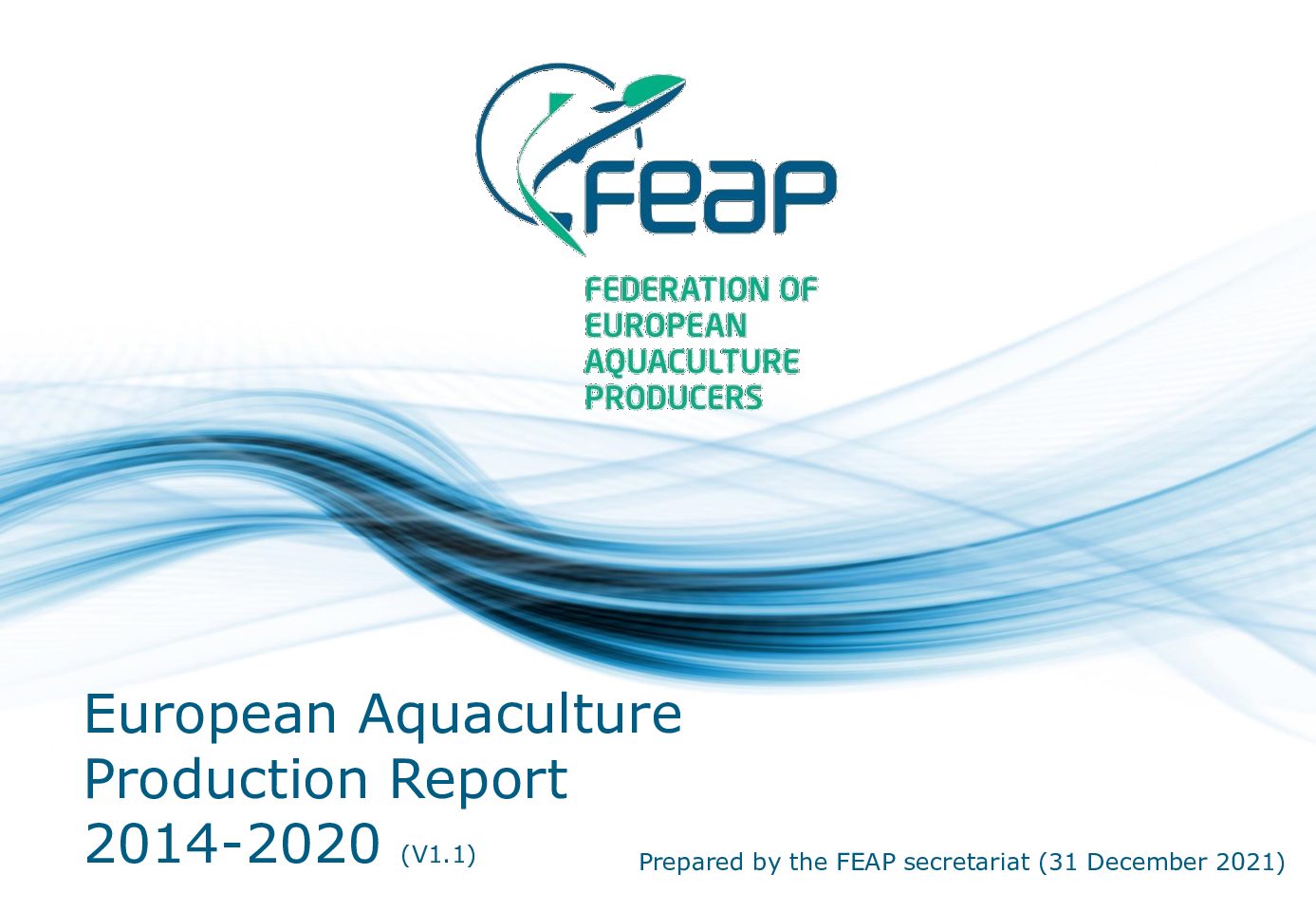 For further statistical information on aquaculture production and values, the FAO provides a wide range of data for global aquaculture and fisheries statistics (FISHSTAT) while Globefish, another initiative of the FAO, represents a network of regional marketing information services that provides data on markets and prices.  European trade data can be accessed through EUMOFA – the European Market Observatory for Fisheries and Aquaculture Products and EUROSTAT.